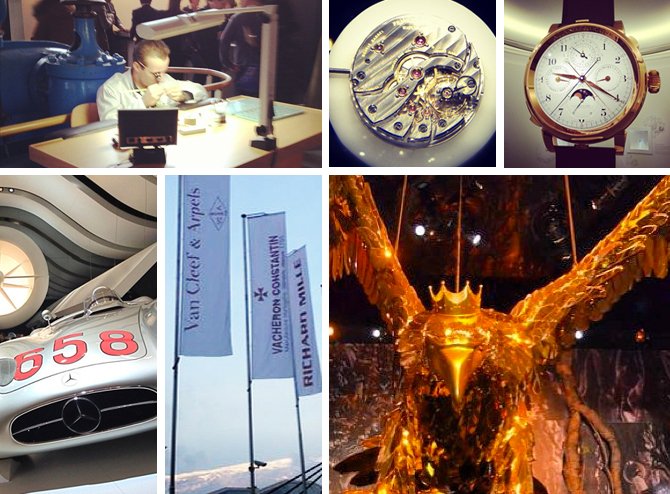 Traveling to Geneva? Be sure to tag your photos with @iwmagazine and use the hashtag #iwseenspottedgeneva for a chance to be featured in upcoming issues of iW, iWMagazine.com and across iW’s social media platforms.

Check out iW’s coverage of the SIHH last year and compare trends to this year. Last year, several brands focused their energies on grand complications:

Complexities of all stripes marked much of the remaining debuts seen at SIHH 2013. Several brands focused their attention on complicated movements while others presented stunning and labor-intensive dials and unusually constructed cases.

Grand Complications were seen at Audemars Piguet and A. Lange & Söhne. The white gold and titanium Audemars Piguet Tradition Tourbillon Minute Repeater is an almost retro-looking ten-piece whose impact was blunted a bit by the firm’s new Grand Complication, an extremely limited edition in the Royal Oak Offshore family that features a split-seconds chronograph, minute repeater, tourbillon and a perpetual calendar—all packed into a 44 mm titanium case…continue reading.